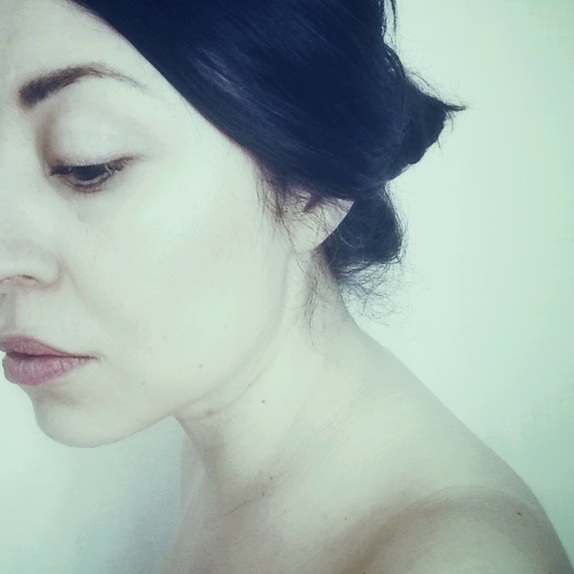 Sandrine Alexandra, born in Mexico City in 1978  and living in Italy since 2001 is a visual artist who expresses herself through many mediums such as painting, photography, soft sculpture, installation and writing.

She is inspired by those themes that have influenced her since child, being
part of a strong culture filled with myths, legends and magic. Sandrine Alexandra's art talks about Spirituality, Occult Sciences, Magic, nostalgia and melancholy. Her work is a fusion of her personal experiences and themes that touch her soul and make her feel as an elemental part of the Universe in both sides, in a positive and a negative way because she feels we all are made of both energies and we are constantly in a fight. That's why Sandrine Alexandra work touches light as well as darkness. She uses intense colors as well as black and white, and according with her thoughts "the use of colors reflects perfectly the way I feel inside".
Sandrine Alexandra uses to work with deep feelings, the same feelings she needs to express to let them go out of her mind and soul and try to "clean" her physical and etheric bodies. That's why she uses to work with dark and nostalgic moods to try to find the gate and the roots of these feelings and transform them into something material, with a body, which can be a painting, a collage or a photograph. The most of the time she uses to portrait herself and she takes a principal place into her art, as a mirror. As a need to  exorcise that part which is making her dream or having nightmares, a way to dialogue with those entities who can be full of light and sometimes very dark. Sandrine's intent is to start working from the soul, passing through the heart, the head, and then going outside from the hands leaving a material proof of the entire process. After that process  the artwork becomes real and touchable. Her work is feminine, nostalgic, dreamy, and melancholic.  Solitude and silence are often expressed, as well as the inner connection with the spiritual world, the subtle world.
Sandrine Alexandra studied Art in Leon, Gto, Mexico and then she interrupted her studies to start traveling and make a personal research in her art and style. In 2001 she moved to Trieste, Italy to enrich her poetic expression which gave her a lot of new elements and influences to transform her concepts and create her own symbols to express herself.